Jenna Blythe is queer, so her family builds a Watchhouse: a long, thin building that runs parallel to the side of their primary mansion, with huge uncovered windows so there is limited privacy. From the mansion, they can see almost everything, including into the Watchhouse bathroom, which is strategically placed to not be visible from the street, even if the Blythe’s 6-foot stone fence fell down.

Then they bring in the pets: Alice and me, Class D members in the top 20% of wealth in the country. Wealthy enough that having us in the same rooms as Jenna wouldn’t cause a scandal; poor enough that a Class A family snatching us off the street wouldn’t cause one, either. I don’t know Alice, but she looks vaguely familiar. We’re both queer, too. Jenna is supposed to “love and protect” us, otherwise we’ll die. But it doesn’t matter because we’re definitely supposed to die while we’re in the Watchhouse, sooner or later.

Jenna knows how this works. She’s propped up the legs of the queen bed with four small wooden crates and shoved a mattress underneath for Alice and I to sleep on. The actual bed, where Jenna sleeps, is too exposed for us. If the Bythes across the manicured grass gain clear view of a pet, then the hunt is on, and a fatal arrow flies out from the Watchhouse ceiling. They would rather shoot it themselves, of course, but there are two layers of window glass in the way, and they’re too busy to stare at the Watchhouse all day. Instead, a surrogate AI Eye has been installed in each room, and if any of the Blythes are home, awake, and could theoretically have a line of sight to a pet, then it’s programmed to shoot for them.

Jenna hands Alice and me plates of chocolate-spread sandwiches where we’re hidden behind the back of the couch. The first time, she says, she disabled half the arrows and covered half the Eyes before the other Blythes barged in and cut the pets’ throats.

This is the third time.

Jenna, Alice, and I all have blackish hair and similar figures. This is more likely to be an intimidation tactic than a coincidence. The Eye isn’t ever supposed to hurt Jenna, but we all look vaguely the same from behind.

Jenna is the only one of us allowed to leave. While she’s out shopping or studying or seeing friends, Alice and I talk or read books or fill in logic puzzles with ballpoint pens. Jenna brings us Settlers of Catan to play together. Jenna brings us a Nintendo Switch. Behind the couch and under the bed are the safest places, but it’s not really that hard to hide from the Eye. If you army crawl across the floor on the side of the room closest to the windows, it thinks the Blythes can’t see you. The kitchen cupboards are purposefully too high for Alice and I to safely reach, but Jenna leaves food, plates and cutlery down on the floor.

Very occasionally, Jenna looks at me like she wants to kiss me, but it’s only for a moment. This isn’t the kind of situation that inspires romance.

I don’t know why Alice stands up. We’re both napping behind the couch, constrained by the protective nest of pillows and blankets we’ve built so that we don’t move too far in our sleep—and then Alice isn’t. I wake up in time to peek an eye out from the foot of the couch—in time to hear the swish of an arrow cutting through air and then the dull thunk as it nestles into her heart. Maybe she was sleepwalking. Maybe she just lost focus. I thought she was hanging on okay, mentally, but maybe she’d simply had enough, after all.

Jenna sleeps under the bed that night, on Alice’s side of the mattress, with her back to me. She might be crying, but I can’t see, and she speaks in approximately the same monotone as always.

“I’m a horrible person,” she says.

I tell her none of this is her fault—she didn’t build the Watchhouse, she didn’t bring us here—but she says, “No, but I never make a final decision.” Either she keeps her family, she says, and accepts their accompanying wealth and restrictions, or she cuts all those ties.

“You can build your own family,” I say.

“And have no money and no influence, so that family gets snatched off the streets to die in Watchhouses?”

After that, we lie wordlessly in the under-bed gloom.

The Blythes across the grass have a Party with a capital P—loud and dripping with money and champagne. At just before sunrise in the quiet aftermath, I’m army-crawling back from pissing in the shower when I hear a rapid knock at the front door.

It’s just me in the Watchhouse: Jenna will have been allowed to stay overnight in the primary mansion for once. I pick up the pace and beeline for the entrance, ignoring the resulting carpet burns.

“Riley,” a familiar voice calls, hopefully not loud enough to disturb the Blythes. “Open the door. We’ll get you out.”

I pause behind the couch. The stretch of peach carpet between here and the door is completely exposed, and for the first time I’m truly terrified of the Eye mounted above the window. The Blythe mansion is silent; they’re probably passed out drunk or safely asleep. But it’s a lot to risk on “probably.”

I bolt across the floor and stretch my arm up to the doorknob, certain an arrow is just about to impale the flesh above my elbow. I twist the glossy knob, drop my arm. No arrow comes. The door flies open instead and a bustle of allies—queer and straight alike—rush to circle me. All of their hair is a shock of rainbow colors, dyed or otherwise, so that the Eyes can’t mistake them for me.

“Sorry we weren’t here sooner,” they say, and wrap me in a nondescript brown sack. “We had to figure out where you were, and then wait until it was safe.”

They all carry me awkwardly outside in the middle of their circle, a brown lump in the middle of a colorful crowd, so that the Eyes outside don’t transform me into a human pincushion. Pets are never allowed to leave—not ever—so the outside Eyes couldn’t care less if the Blythes are awake or not.

But I do leave. I feel the gloriously smooth leather of a car seat underneath my skin, even with the sack in between, and we speed away.

I spot Jenna driving in the lane next to me on a mountain road a few months later. We keep glancing at each other, slowing down along the winding road until we’ve both stopped, her Jeep about thirty meters up the road from where we’ve parked my aging sedan. My new girlfriend is in my passenger seat, and she nods to herself as we climb out, saying, “Good not to get too close.”

“Jenna,” I call up the mountain, and it echoes slightly in the unpolluted air. “There’s plenty of room in our back seat.”

When we don’t receive a reply, I add, “We’re leaving in two minutes.”

I glance down at my phone to check the time. Jenna keeps standing there, boots rooted to the leaf litter, the door of her Jeep wide open beside her. 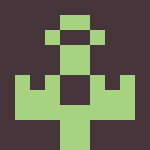 Ephiny Gale is the author of more than two dozen published short stories and novelettes that have appeared in publications including 'Beneath Ceaseless Skies', 'Constellary Tales', and 'Daily Science Fiction'. Her fiction has been awarded the Sundress Publications' Best of the Net award and the Syntax & Salt Editor's Award, and has been a finalist for multiple Aurealis Awards. Ephiny lives in Melbourne with her wife and a small legion of bookcases.

Read more from this Mechanist.

Someone is killing kids in the projects. Bryce thinks Mama Shug, the neighborhood candy lady, might be responsible…but the truth is far more sinister than he realizes.

A Breach in the Fence

An undisciplined rottweiler breaks through a fence into a neighbors’s yard where a young child plays, unattended.

You sell the little finger on your left hand first. This is not the prudent way to do things. You should sell the whole hand, but you are not trying to be prudent.

After a waking nightmare that continues to haunt her, Elisa experiences increasing episodes of disassociation. As her sense of self unravels, she gets closer to the horrifying truth.

A bartender educates a patron on why he should never, ever tell a woman to “just smile.”

You need fine clothes to make the man.