Ciphers flicker and spin like firemoths in the lambent glow

Bending and twisting in cyclone contortions

Trembling at the touch of my haptic caress

Portals open wide at my command

I swim inside this maze of vectors and vertices

Until at last I break into open cyberspace

Oceans of data wash over me in waves

Wideband and pulsing with the heat of a thousand suns

I close my eyes for an instant

Soaking in the energy of collective consciousness

The pulse and thrum of the Hive

There are so few defenses left to stand in my way

No one ever dreamed anyone could penetrate this far

I spiral downward into the maw below

Eruptions of information streak past

Glyphs of languages ancient and arcane

The very lifeblood of the Net

There are so few defenses left

I am not alone

I taste their presence long before the detection software chimes

A bitter sting at the base of the tongue

Piercing upward into my innermost thoughts

Fingers and hands are cold and numb with terror

Presences buried deep within the bedrock

Before and behind, above and below and beside

They are separate and yet somehow the same

Their features merge together into a single Construct

An entity born of all our sins

Its hands, their hands, a jungle of fingers extends toward me

Reaching out from below

I scream until my throat bleeds

I scream until We Are One 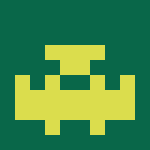 Justin Permenter is a writer of poetry, short fiction, novels, and screenplays from Corinth, Texas. Whenever he is not writing-- which is far too often-- he operates undercover as a college admissions counselor and recruiter. His work has previously been published at Hypertext Review, Across the Margin, Spectral Realms, Literary Yard, Scarlet Leaf Review, and 365 tomorrows. You can follow him on Twitter @JustinJosevich or on facebook @justinpermenterwriter.

The best spot on the ledge is still just a spot on a ledge.

Ever had an itch so intense, you want to tear your skin off?

Why We Don’t Expect Writers to be Public Figures

As social media gained popularity, publishers and agents began expecting writers to come with their own platforms and share themselves and their lives online in service of building a customer base. At The Dread Machine, we don’t.

“Federico” is a unique plant with a strange appetite.

A team of police officers confront evil in the basement of a drug house and must feed it to keep the residents of the city safe.

Pricking of My Thumb

If it moves, fire on it.