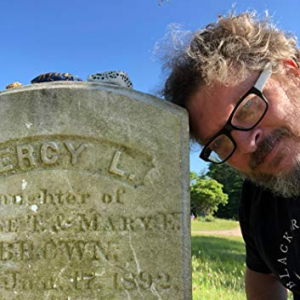 Douglas Ford lives and works on the west coast of Florida, just off an exit made famous by a Jack Ketchum short story. He is the author of a recent collection of weird fiction, Ape in the Ring and Other Tales of the Macabre and Uncanny. His short stories have appeared in such venues as Dark Moon Digest, Tales to Terrify, Weird City, along with The Best Hardcore Horror, Volumes Three and Four. His novella, The Reattachment, appeared in 2019 courtesy of Madness Heart Press.

A woman has a planchette tattooed onto her hand before she dies, believing that it will permit her to talk to her daughter from the beyond. When the daughter discovers the hand defiled, something having taken a bite out of it, she must deal with the consequences.